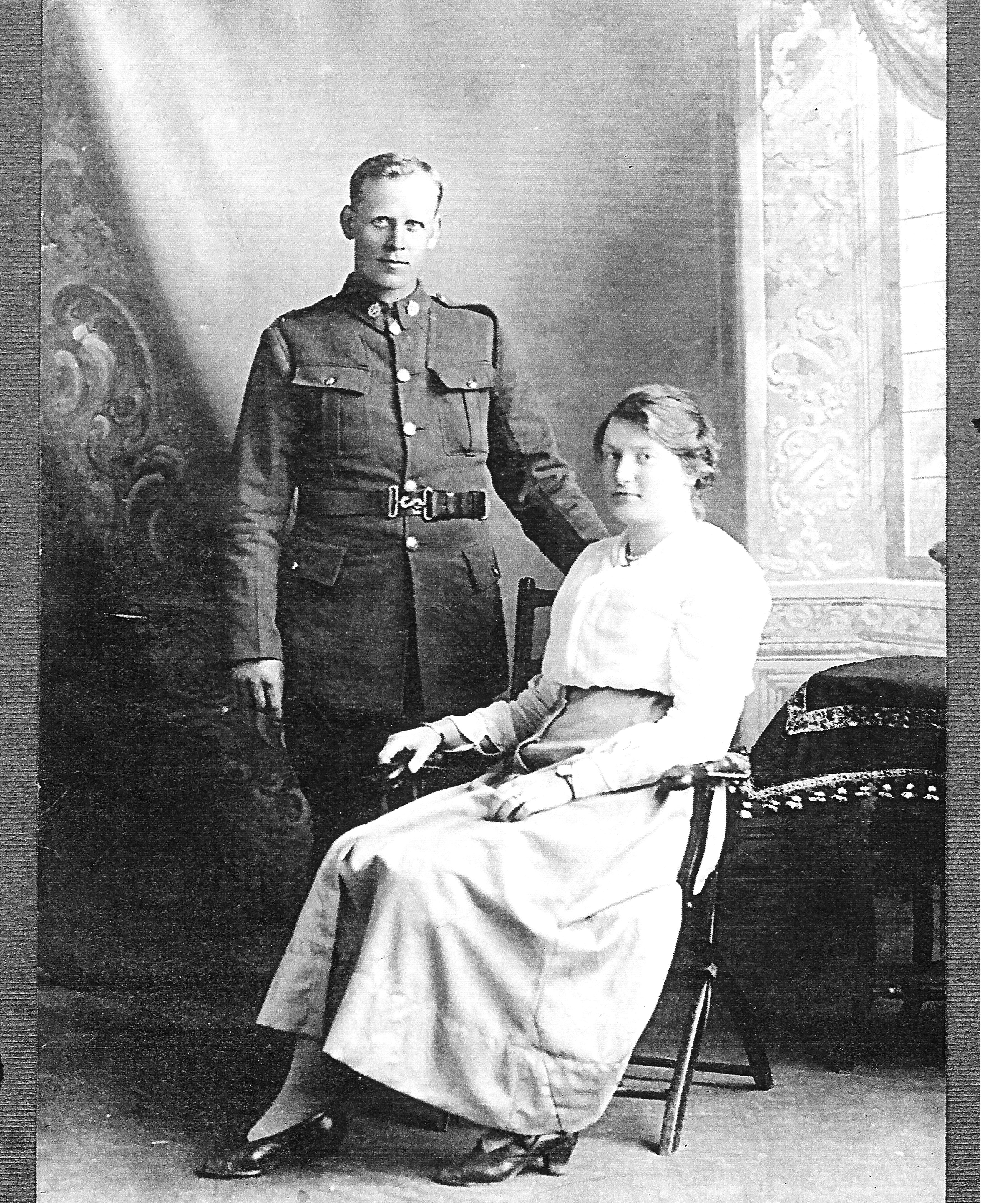 Next Of Kin: Emigrated from England in 1909 as a farm worker. Worked at Pori near Pahiatua then bought 100 acres on Pinfold Road. Sold the farm and enlisted aged 28, trained in Trentham and sailed from Wellington in 1917. After he returned bought a farm on Masterton Road where he worked until retirement to Woodville in 1955.